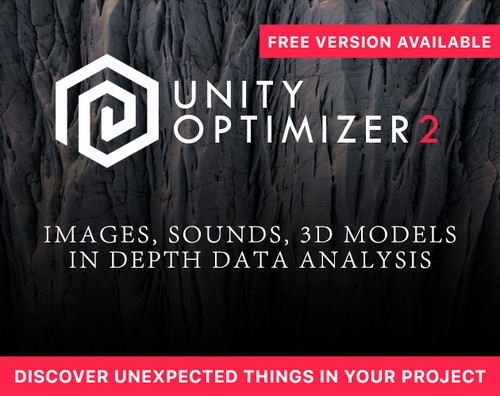 I'm so proud to annouce that a new major version of Unity Optimizer was just released !
https://eviral.itch.io/unity-optimizer

Unity Optimizer helps you to reduce the size of your video game build made with Unity.

Version 2.0 introduce assets in depth analysis, it means that Unity Optimizer is able to extract a lot of images, sounds and 3d models assets properties and display them in a easy to read interface.

You will probably discover unexpected things in your Unity project, things you can't easily see without Unity Optimizer.

A free version is available, so just try it !
https://eviral.itch.io/unity-optimizer-free